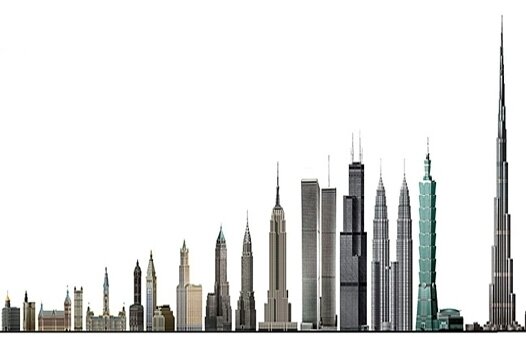 There was a time when world’s highest and tallest building only belong to one country which was united states of America specially new york city was known for Highest Building of the world for 87 years but afterward many countries started constructing tallest structures. In 1998 Petronas Towers of Kuala Lumpur snatched this title from USA by constructing 509.2 meters building and afterward Taipei 101 of Taiwan Surpassed it in 2003.

Currently UAE is the country which has the world’s highest building named as Burj Khalifa since 2010. It was constructed in 6 years with the cost of 1.5 billion dollars and publicly opened on 4 January 2010. It has 163 floors which attained height of 828 meter with covered area of 3,331,100 sq ft. Armani Hotel is also present in Burj Khalifa. It is being used for commercial and residential purposes.
Kingdom tower is under construction will become world’s highest skyscraper reaching unprecedented height of 1km .