Abortion is the world’s fastest growing social crime which ends the life of an innocent human being before its birth. Any civilized country don’t allow the individual’s freedom to choose such actions, make every effort to eliminates poverty and rape to minimize total number of abortion as well but overpopulation and unsafe procedure force authorities to allow it. In some countries, high demand for baby boy is the most common factor which is shrinking the global female population at an alarming rate. The highest number of deaths during abortion happens in Africa. Lack of access to family planning and high illiteracy rate are major causes of higher rate of such issues in most developing countries. Whether it is legal or not, total number of cases reported remain unchanged and the major issue is that half of the pregnancy termination in restricted countries are unsafe. Following is a list of top five countries with most abortions in the world.


Q: Which Country has the highest number of abortions?
China has the highest number of abortion in the world. It is the most populous and to keep its population growth slow it is permitted on broad grounds . It has imposed policy of one child per family and public sector facilities provide free abortions in rural areas. In 99 % pregnancy terminations, safest modern contraceptive methods are used by skilled health professionals. First-world countries are famous for best doctors in the world but it is not necessary that countries having highest number of good doctors should have good healthcare system because it mainly depend on better public services and easy access to expensive treatment. Best doctor is the one who is curious to understand the feeling of patients with humility, driven by passion for care and uses his medical wisdom in the best possible way to cure the disease. The superior doctor should have a thorough and sound updated knowledge of modern research and development in medical field, always try to prevent sickness rather than treating actual or impending sickness and accept ultimate responsibility for his actions.

The country with the best doctors in the world is the USA, but it has one of the worst healthcare systems in the western world because a lot of people cannot afford expensive medical services that are being provided within country where doctors are amongst the highest paid professionals in the workforce. Consequently, America has become an appealing destinations for the talented medical students from other poor countries of world who seek a good education and high living standard and US is taking advantage from brain drain of best foreign talent. 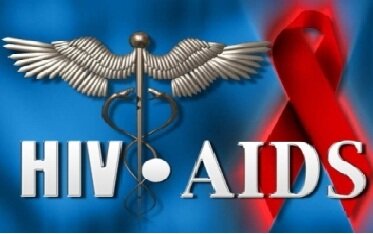 In AIDS, Human immunodeficiency virus weaks immunity system of body. Nearly 35 million people are currently living with HIV in the world. About 36 million deaths happened due to AIDS so far. According to the World Health Organization (WHO), most people with HIV living in developing countries of world do not have access to treatment. Highest rate of 97% AIDS patients reside in low- and middle-income countries of world. However treatment in poor countries has increased 10-fold since 2002. Preventive measure are introduced by organization working against AIDS in most prevalent areas. Unprotected sexual intercourse, contaminated blood needles syringes and transmission from mother are some common causes of HIV transmission.

South Africa has the highest prevalence of HIV/AIDS compared to any other country in the world with 6.07 million people infected with HIV. About 270,000 HIV related deaths recorded in 2011. (UNAIDS)