Cities are notable for their large size, populous community,  modern facilities plus large economic activities but growth of city’s population causes many challenges which generate a need of effective management to keep new opportunities opened for economic development and easy availability of basic services like health care and education in accordance with population. Overcrowding may lead to problem related to transportation and sanitation which make thing more worse for which authorities try to have equal dispersion of population for providing public services in best way. The continuing migration from rural to cities will bring profound changes to size and distribution of the world’s population. About 54% people of the world living in urban areas in 2014. In 1950, cities were occupied by 30% people of the world. Based on current projection it is estimated that 66% people of our planet will reside in cities in 2050. Nearly 90% of such growth is concentrated in Asia and Africa. Approx, one in eight reside in the 28 populous-cities of 10 million population or more. In past, world’s largest metropolitan areas were only found in the more developed countries but now they are concentrated in the Asia and Africa and number of largest and populous cities has nearly tripled since 1990. India, China and Nigeria together are anticipated to account for 37% of the expansion of the urban population between 2014 and 2050. At the same time, most cities of low-fertility countries of Asia and Europe are experiencing huge decline as a result of economic contraction and natural calamities. The 2014 revision of the World Urbanization Prospects provides complete information about population growth and trends in top populous cities of the world, Statistics on them are important for making successful planning for equitable and sustainable development of urban areas.

Top 20 Largest Cities of the world by population Trends of largest cities of the world

Tokyo is the world’s largest city with 38 million residents. By 2020, City’s population is estimated to begin to decline, although it will remain the world’s most populous in 2030. The world’s 45th largest city by area has Metropolis area of 2,187.66 km2. The country’s most densely populated covers 0.6% of the japan with a density of 6,029/km2.
Source: United Nations, Department of Economic and Social Affairs, Population Division (2014).
World Urbanization Prospects: The 2014 Revision

Europe is the world’s second-smallest continent that covers about 10, 180, 000 square kilometers which is roughly eight per cent of the Earth’s land area.In other words, it is just two per cent larger in area than Canada. It is the third-most populous continent after Asia and Africa of 733 million people which accounts for 11% of the world’s population.Europe is considered the home of Western culture, specially ancient Greece had its own historical values. The Europe’s Industrial Revolution bring about great change which has had a major influence in culture, economics and social movements in most countries of the world. A century ago, Europe had 25 % of the world’s population that grown afterward at lesser pace than other continent. According to UN , Population of Europe may fall to about 7% of world population by 2050, or 653 million people if growth continue at same rate. Every women of Europe give birth to 1.52 children whereas population growth in countries of Asia and Africa is much higher. Emigration and low birth rates in Central and Eastern countries of Europe may result in steady population decline, according to US report. Today, large populations of European descent are found on every continent. European-derived majorities are present in countries of north and south America. Europe is filing by receiving highest number of migrants than any other country or continent of the world which accounted for almost 85% of Europe’s total population growth. Below we have list of top 10 European countries with highest number of residents to let you know which European state is the most Populous.

Some facts about European countries:

Russia is the country which has highest population in the Europe. The estimated population of the Russian Federation of April 1, 2013. amounted to 143.4 million people.

World’s population has grown up to 7 billion and is still growing at alarming rate. Growth rate varies from country to country while developing economies experience high rate that is the major obstacles in their way to prosperity, burdening governments to increase their infrastructure and resources. Country’s population grows as a result of internal and external factors. More births than death results in internal growth which is largely affected by abortion , age distribution, contraceptive measures and life expectancy while more immigration than emigration also contribute to increasing population. It is predicted to be extremely significant in the least developed countries of the world where fastest population growth rates is prevalent, most of which are on the UN’s list of 49 least developed countries. We have gather data to determine the countries with the fastest growing populations considering the level of factors described above. This rate is simply the percentage of annual population changes in the country. The CIA factbook reveals top 10 countries having highest growth rate in 2014.

Lebanon population growth rate is the world’s fastest of 9.37 percent.

Getting pregnant before celebrating 20th birthday is very common in 21st century. High teen pregnancy is problem faced by many countries of the world. About 10% of all births are to teenage mothers, 90% of these are in developing countries of world. Unlike developed nations, in developing countries teenage parents are often married and their pregnancy is fully supported by family and society. It is considered that teenage pregnancy puts limit on economic, educational and physical development of both mother and infant. Media propagation, early marriage, sexual abuse, poverty, illiteracy and childhood environment are some key factors for high pregnancy rate in country. It also increases overall birth rate and population of country. Here we have listed the top 10 countries with highest teenage pregnancies. 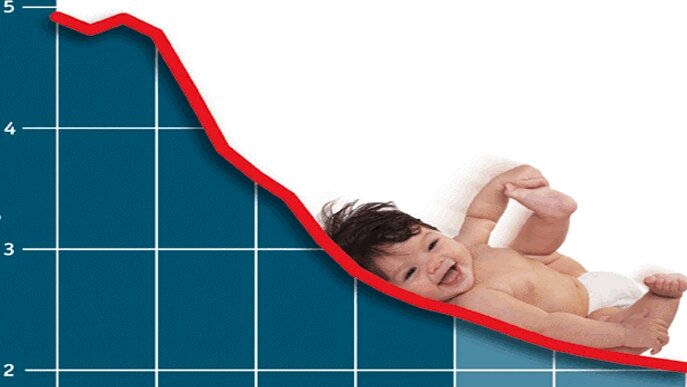 Birth rate is now very high in all countries of world due to recent advancement in medical treatment. Early marriages, poverty, illiteracy, culture, religious belief and preference of a male  leads to high birth rate in country. Some countries of world need more population for optimum utilization of natural resources and high economic growth at the cost of pollution and depletion of resources.  Age and sex structure of the population affect birth rate of country.

Niger, west African landlocked country, has highest birth rate in the world. Strict adherence to Islam is one of the main reasons.  According to their belief children are blessing of God. Young marriages, polygamy, poverty, illiteracy are greatly involved in highest birth rate of Niger.

China, with growth rate of 0.46% constitute 19% of world’ population, is the most populated country of the world. China has implemented two-child policy in December 2013 to tackle this issue. It is expected that chine will achieve a figure of 1 billion in 2030. 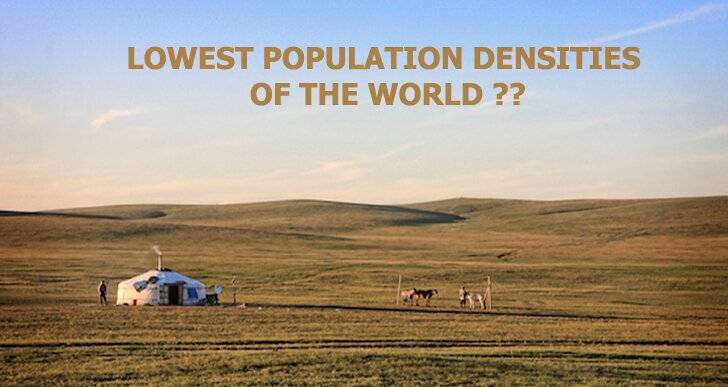 Top Ten Countries with Lowest Population Density in the World

Mongolia, a central Asian country, has lowest population density as compared to other countries of the world. Gobi desert to the south of country with extreme climate ranging from –40°C in winter to +50°C in summer and uneven mountainous regions to the north and west are main causes for being lowest populated density country of the world. About 12 % land is covered by steppes and forested areas. 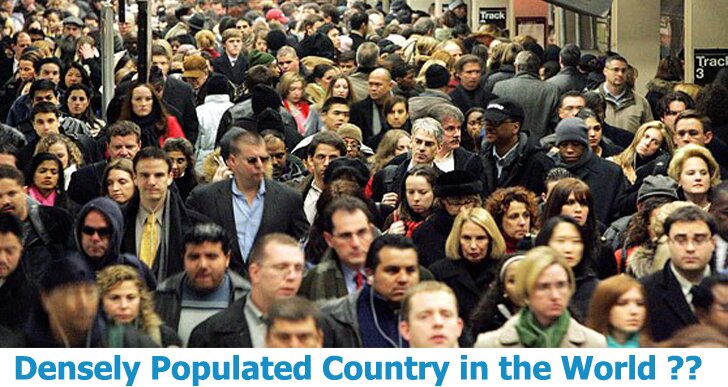 Monaco, world’s smallest city state, has population of 36,371 in an area of 2.02 km2 (0.78 sq mi) that making it the most densely populated country of the world. Better business opportunities, high wages, big casinos, tax exemption attracts people from other countries of the world.