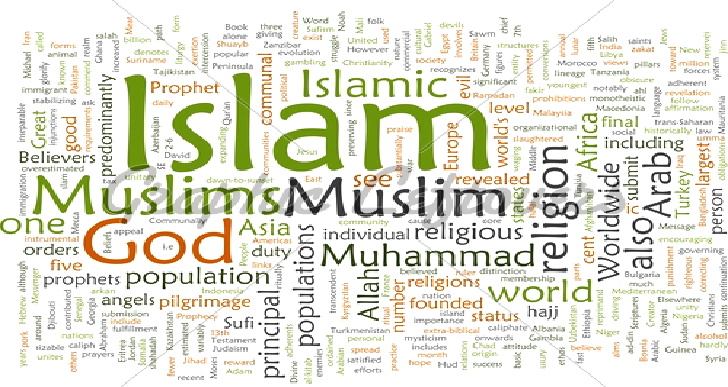 Islam is the world’s second largest religion after Christianity. Islam has 1.62 billion adherents.The adherents of Islam are known as Muslims.They believe on one God and Hazrat Muhammad(SAW) as His last prophet.Islam is the prevalent religion in the Middle East, the Sahel, the Horn of Africa, North Africa,and some parts of Asia. Large communities of Muslims are also found in China, the Balkans, and Russia. Large Muslim immigrant communities in Western Europe are also present.

There are 49 Muslim-majority countries. Approximately 62% of the world’s Muslims live in South and Southeast Asia, with over 1 billion followers. The most significant Muslim country is Indonesia, home to 12.7% of the world’s Muslims, followed by Pakistan (11.0%), India (10.9%), and Bangladesh (9.2%). About 20% of Muslims live in Arab countries. In the Middle East, the non-Arab countries of Turkey and Iran are the largest Muslim-majority countries; in Africa, Egypt and Nigeria have the most populous Muslim communities.

Over 88 percent of Indonesia’s population follows Islam, 74% in Egypt, 89% in the Palestinian territories and 96.4 percent of the population of Pakistan is Muslim. Countries nearing 100 percent Islamic populations include Morocco, Somalia, Afghanistan, Tunisia, Iran, and Western Sahara.

Indonesia is the largest Muslim population country. About 88 percent of its population is Muslim which cover 12.7% of whole muslin community.