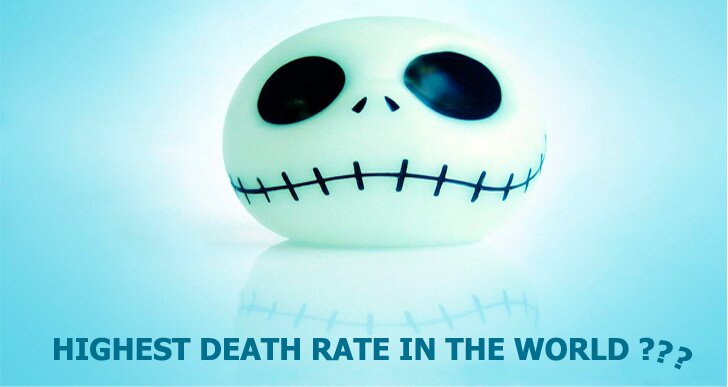 Death rate of any country in the world mostly depends upon age distribution of its population. If country had low birth rate in recent past decades then currently its population have large proportion of aged persons which may result in high death rate. Measuring death rate and its main causes are an important means to determine the standard of health system of a country and helps international organisation  to take right action in all countries of world

South Africa, a country located at the southern tip of Africa, has highest deaths rate as compared to other countries in the world. Leading causes of death are tuberculosis, influenza and pneumonia, Intestinal infection, heart and Cerebrovascular diseases. Crime is a prominent issue there due to the failure of the criminal justice System made this country the most murderous society on planet.