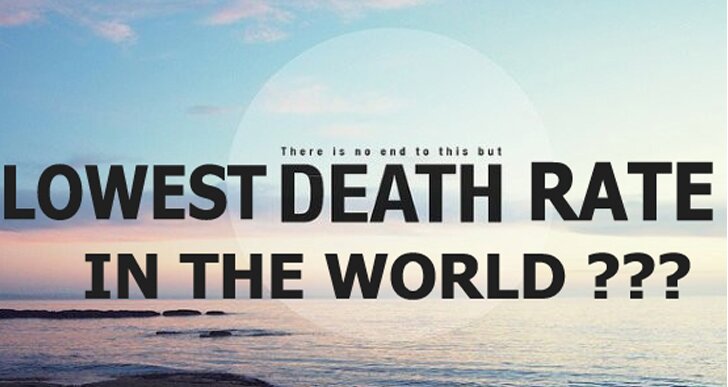 Death rate of country is normally measured by number of deaths per 1000 individuals per year. It is interesting fact that, despite of higher life expectancy in developed nations because of their better standards of health, death rates are higher for developed countries than in under-developing nations. Developed nations have greater proportion of older people due to lower recent birth rates that may leads to higher death rate. Collecting record of such statistics in all countries of world is the most effective means to improve global health.

Qatar, an Islamic state has the lowest Mortality Rate in the world with 1.54 deaths per 1000 population due to their healthy working condition and lower proportion of elderly population. This shatters the stereotype about Islamic world not being peaceful. Here people enjoy healthy and peaceful environment.
QATAR SUMMARY