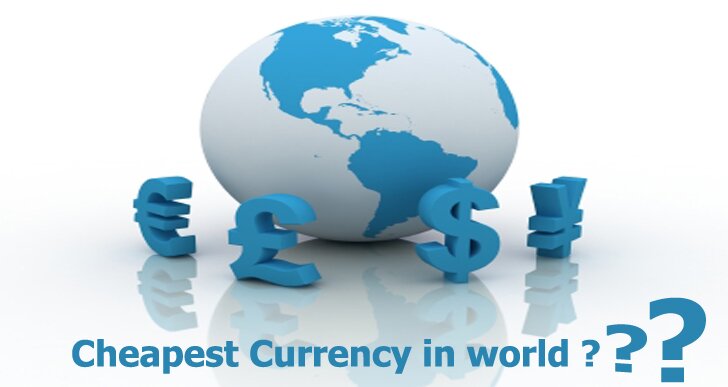 Value of one country’s currency depend upon demand and supply. Fixed and floating exchange rate system are being used to control value of their currency by Countries of world. Country, having lowest value, is able to buy least number of other currency or good by spending its single unit. Balance of trade, central bank policy, domestic interest rate and political condition decide price of currency . Trade deficit and low domestic interest rate are problems faced by countries having lowest value in the world. Here is list of Countries with lowest currency exchange rate in the world.

Iran, west asian country, has the lowest currency value as compared to any other countries of the world. Key reasons of cheapest rate are sanctions imposed on country to curtail its nuclear program. Restriction on exports result in loss of oil revenue and isolation from international banking system are factors for world’s lowest currency value of country. Unofficial speculators of black markets are also involve in making rial the cheapest in the world.