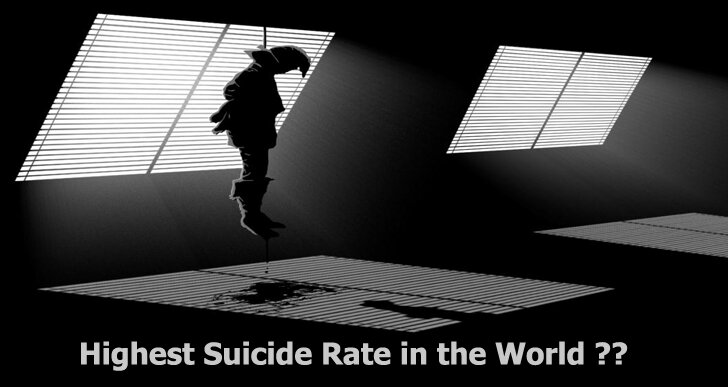 Suicide is now becoming a major problem and, tragically, a leading cause of death in some countries of the world. Countries of world with highest rate have high drug consumption  and unemployment issues . A philosophy of Suicide is to have permanent solution to a temporary problem. Feeling trapped in a situation that induce feeling of helpless and hopeless can motivate someone to start acting recklessly for doing suicide.

In past 4 decades, record shows approx 60% increase in global suicide rate. Currently it constitute 1.8% of total deaths in all countries of world. It is estimated that 16 out of 100,000 population commits suicide that make one million deaths annually in all the countries of world. Rich countries have higher rates than developing nations.

Top 10 Countries with Highest Suicide Rates in the World