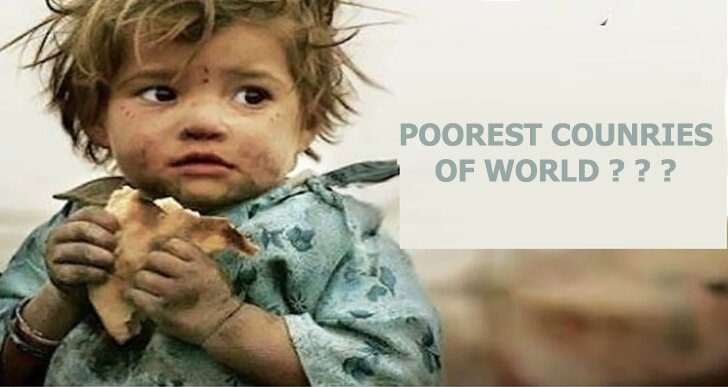 Do you know the poorest countries in the world? International Monetary Fund, CIA factbook and world bank published report of GDP per capita based on which list of poor countries in the world is prepared. Poor countries of world are facing challenges of overpopulation, corruption, illiteracy, war and debt burden. Economist prefer GDP at purchasing power parity is best standard for comparing welfare of residents of a country. For this purpose values of all goods and services produced in the country are expressed in price prevailing in US market.